In June 2015, 12 UBC students participated in our field school at the Late Bronze Age site of Kalavasos-Ayios Dhimitrios on the island of Cyprus.  The students worked as part of the Kalavasos and Maroni Built Environments (KAMBE) Project, a collaboration between UBC and Cornell University co-directed by Prof. Kevin Fisher, which is investigating the relationship between urban landscapes, social interaction, and social change on the island of Cyprus during the Late Bronze Age (c. 1650–1100 BCE).  The students participated in the excavation of the newly-discovered monumental Building XVI and conducted survey with ground-penetrating radar to allow high resolution mapping of the site’s buried urban landscape.  They used cutting-edge digital methods for recording the excavations, including data entry directly into ArcGIS using Panasonic Toughpad tablets and the photogrammetric 3D modeling of every context as it was excavated.  Students received first-hand instruction in a diverse range of archaeological methods including geoarchaeology, geophysics and dendrochronology and took fieldtrips to important archaeological and cultural sites on the island.  But the fieldschool was more than just archaeology:  living in a small Greek-Cypriot village, the students got a first-hand appreciation of both modern and traditional aspects of Cypriot culture and social life.  You can read about the students’ experiences in their own words here.  You can also read a blog by ASOR Platt Fellowship winner Katherine Luyten here. 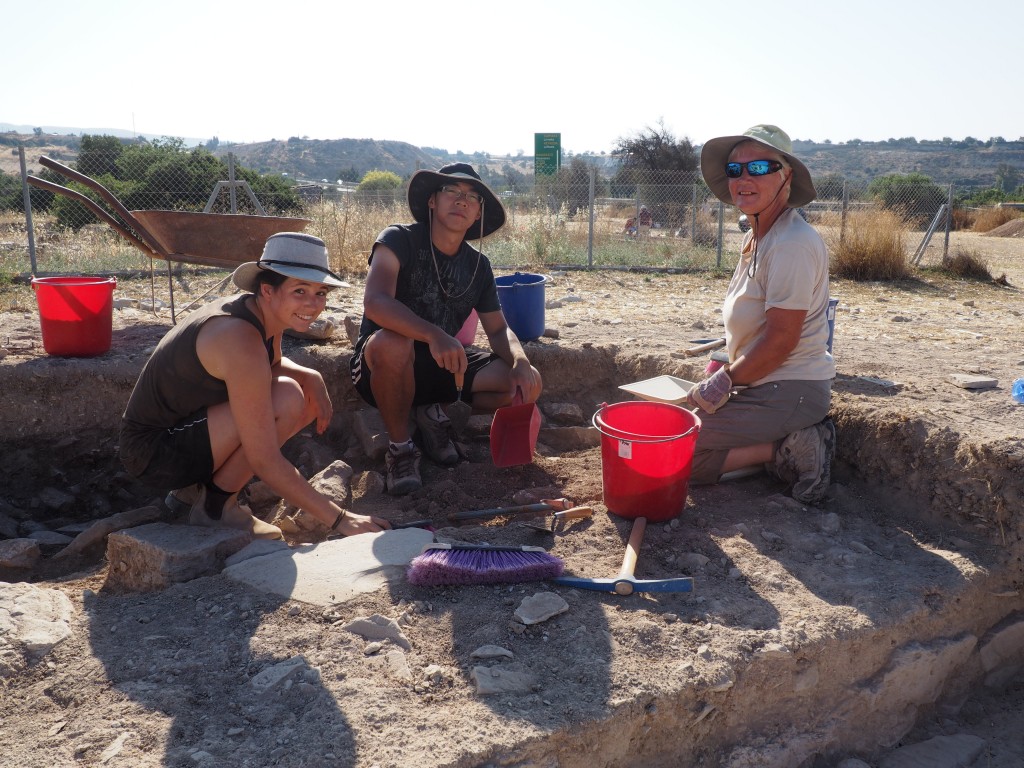 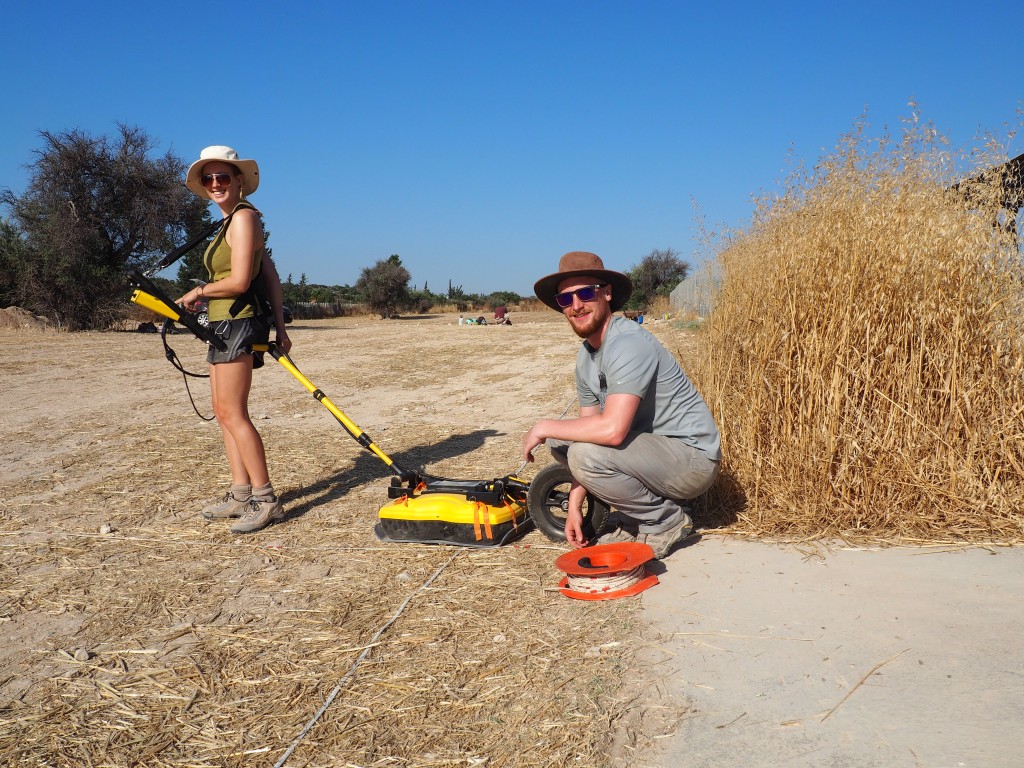 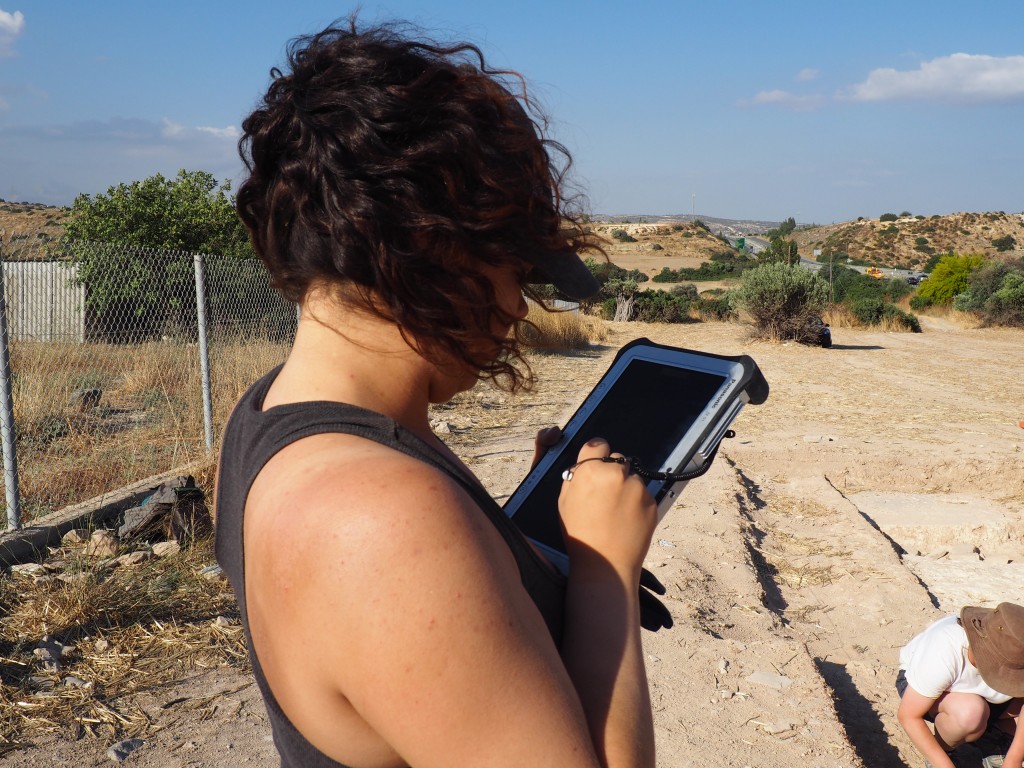 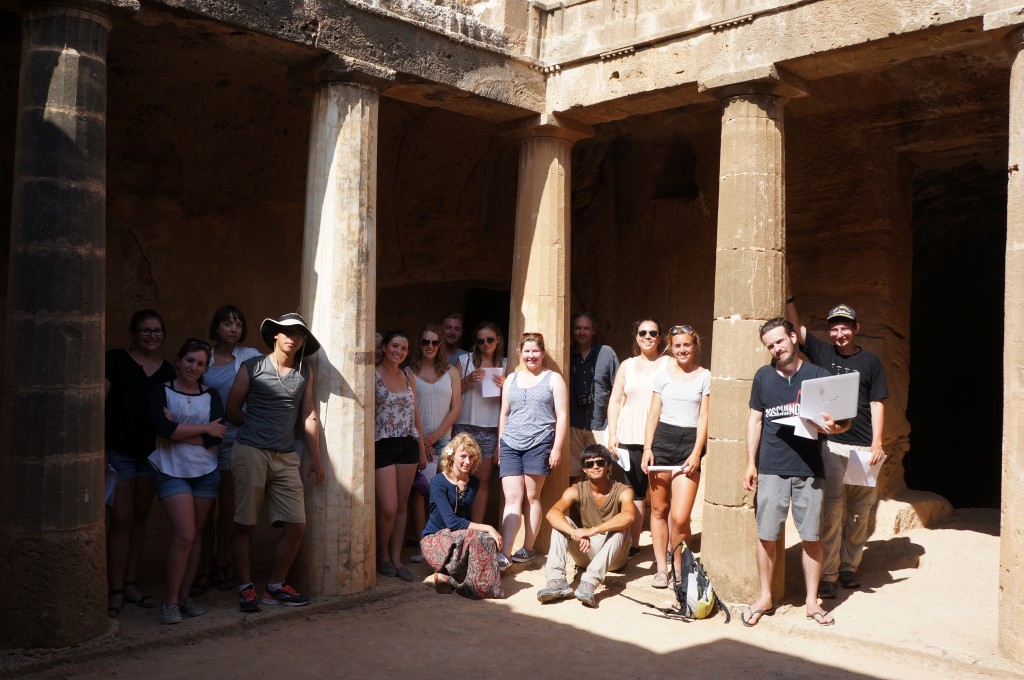 The fieldschool visits the Tombs of the Kings at Nea Paphos, June 2015. 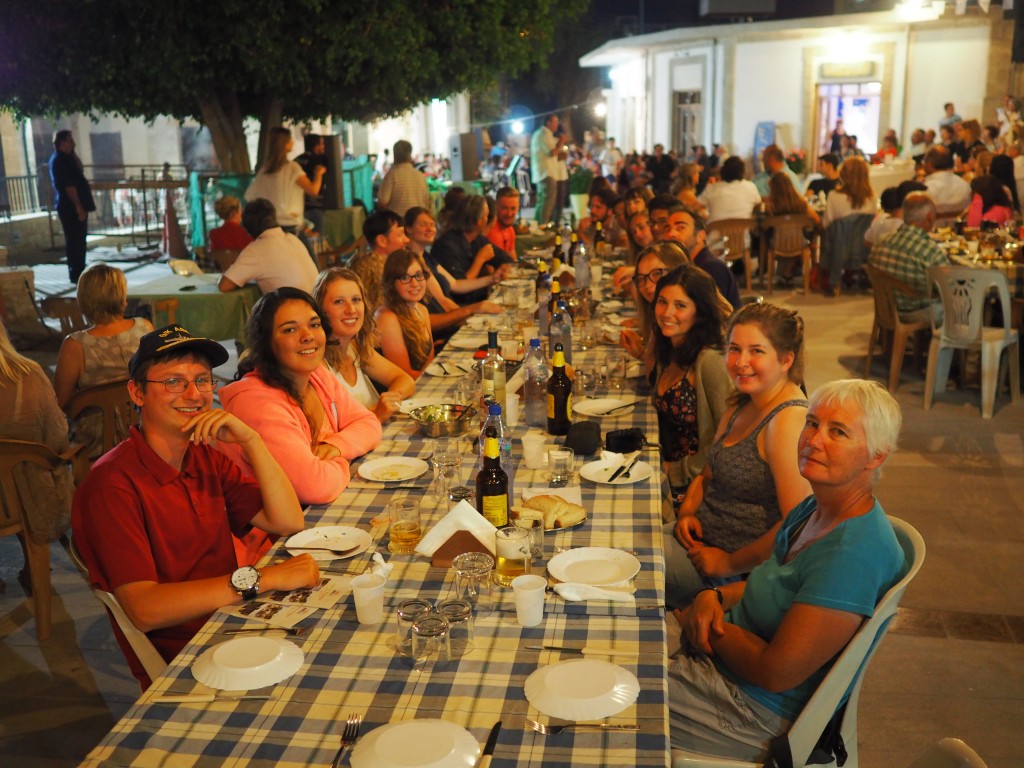 Fieldschool students at a festival in Kalavasos, our home village.  Two of our students, Matt Boland (guitar/vocals) and Scherene Auchterlonie (fiddle), played at the festival.