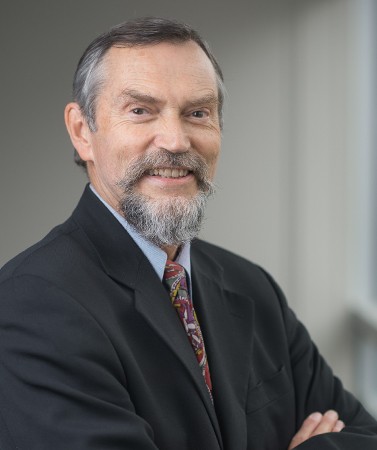 The UBC Mytilene Project has been exploring this ancient city of the northeastern Aegean since 1983. Funded by the SSHRC, UBC and private donors, the project has focussed on two areas of the city.

UBC carries out its own excavations inside the medieval castle that dominates the seaward heights of the city (probably the ancient acropolis) as well as working jointly with the local museum in uncovering a site near the North Harbour of ancient Mytilene that includes a well preserved Roman peristyle building, a Hellenistic industrial dump, and large quantities of late archaic and classical bucchero with a 19th century Turkish cemetery (including a vampire burial) on top.

The castle site has yielded a mass of information from the sixth century B.C. to the 19th century, including a previously unknown sanctuary to Demeter and Kore and a medieval burial chapel of the Gattelusi, a Genoese family that controlled the northern Aegean from the mid-14th to mid-15th centuries. Overlying the earlier remains were substantial foundations from several Turkish settlements, each destroyed by an earthquake.

We have also carried out intensive survey-work in a nearby marble quarry that supplied the city with much of its finer building stone. Our work has been the subject of a cover story in Archaeology magazine and documentaries on the Learning Channel and Discovery Canada.

Our work has added significantly to our knowledge of the city’s social, cultural and religious life through the ages and has been the first systematic post-Bronze Age excavation on this previously neglected island.

Excavation and research on such diverse topics as human and animal remains, Turkish tobacco pipes, terracotta figurines and lamps, and imported and local pottery has given opportunities to students and scholars from across Canada to take part in the project. Three PhD theses include material from the site, for example.

The UBC Stymphalos Project has been underway since 1982 with funding from the SSHRC, UBC and private donors. Although limited Greek excavations took place at the site in the 1920s, they were only published summarily.

Our initial survey between 1982 and 1984 allowed us to make plans of all the visible remains of the city and the nearby medieval Cistercian abbey; equally important we carried out and published the first large-scale geophysical survey of an ancient city in Greece. Our work allowed us to identify interesting areas for further excavations which began in 1994.

We have been exploring an area of houses and streets in the southeastern part of the city, a sanctuary (perhaps to Athena) on the acropolis, different parts of the city’s fortification system, and (jointly with the Greek Archaeological Service) a site at the north end of the modern village where we have identified a major Doric temple of classical times with an early Christian cemetery.

The city was laid out on a grid plan in the 4th century B.C. and was abandoned by the mid-2nd century B.C., possibly as a result of Roman military activity in the area; we have found over a hundred iron catapult bolts as well as thirty-three inscribed lead sling bullets at the site.

Finds in the sanctuary are particularly interesting and include over two hundred pieces of gold, silver and bronze jewellery dedicated to the goddess, late-archaic marble statuary (including a fragmentary half-life-sized kore), terracotta figurines and pottery.

The site has provided opportunities for over a hundred Canadian students to take part as volunteers as well as providing UBC graduate students with supervisory experience and thesis topics.

Hector Williams directs UBC’s archaeological excavations at Mytilene and Stymphalos and is also publishing material from our excavations at Anemurium in Turkey.

He is also a research associate of the University of Chicago’s Kenchreai excavations and the University of Pennsylvania’s Gordion Project; he has been active with the Underwater Archaeological Society of BC in projects in BC waters.

Another interest is in the application of geophysics to archaeology and he co-directed the first Canadian PhD thesis in the subject.

He is a Past President and Trustee of the Vancouver Maritime Museum and chairs its Collections Committee, serves on the board of the Canadian Archaeological Institute at Athens, the Vancouver Society of the Archaeological Institute of America and serves as UBC representative to the Managing Committee of the American School of Classical Studies at Athens whose Publications Committee he used to chair. He is also Vice President and founding member of Pharos, the Canadian Hellenic Cultural Society of Vancouver.